We know that talking about mental health can be difficult. Sometimes, we fear judgment or misunderstanding. We worry about saying the wrong thing or making something worse. But we have to talk about it; these conversations can be life-changing and life-saving.

In an effort to help you and your loved ones learn about mental health and how to have these important conversations, we have launched the When Life Gets Tough podcast, a free monthly show that covers relevant mental health topics in an easy-to-understand way. The podcast launched in January 2022. 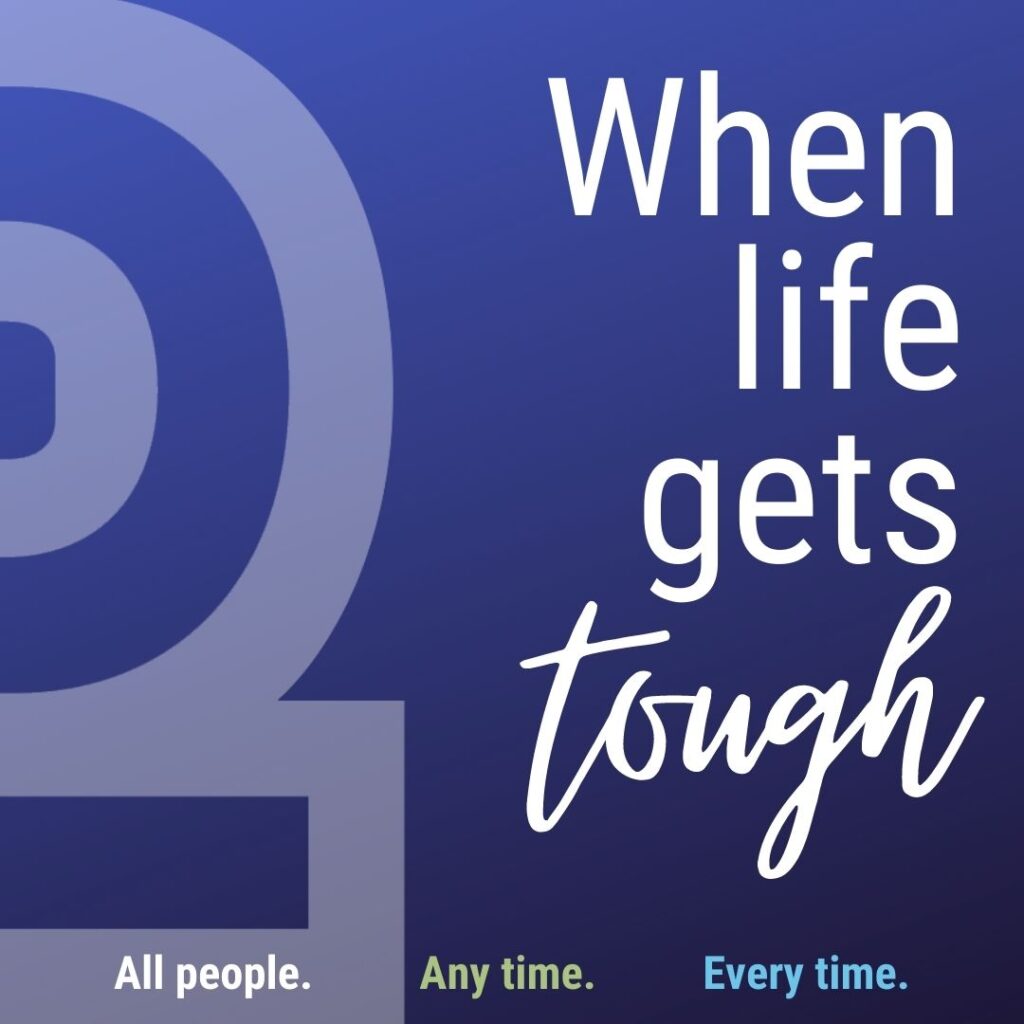 Check out our first episode, The Words We Use Matter, available now on Spotify and Anchor. Host Katie Curtis (Foundation 2 Chief Development Officer) welcomes guest Emily Blomme, Foundation 2 CEO, for an engaging conversation on how we talk about mental health and the impact it has on ourselves and others. Emily has been at Foundation 2 since 2015 and has worked in crisis response and youth and family services since 2000.

Join us monthly for When Life Gets Tough, featuring different guests from Foundation 2 Crisis Services discussing their areas of expertise in an easy-to-understand way. 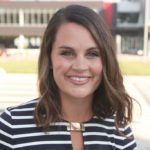 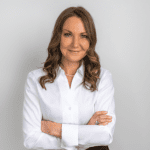 Katie: “Welcome to When Life Gets Tough, a podcast that tackles timely and relevant mental health topics in an easy-to-understand way for all people. I’m your host, Katie Curtis. Today, we’re talking about the impact that words have when we talk about mental health. How we talk about things like feelings of depression, thoughts of suicide, and being overwhelmed can make the difference between a loved one feeling supported and seeking help, or a loved one feeling alone and not reaching out for help. With me today is Emily Blomme, CEO with Foundation 2 Crisis Services.”

Emily: “Hi Katie. Thanks for having me on the show.”

Katie: “So what are the common missteps people make, or some of the phrases or words that they should be rethinking or maybe eliminating from their day-to-day?”

Emily: “Well, it’s an older term. I would just say, as language changes, the term ‘committed suicide’ is an outdated term, and if we know better, we should do better. Therefore, we know that the term ‘committed suicide’ can feel damaging to many people, so we are working as a community and a community of experts in the field to change to ‘died by suicide.’ We don’t say that someone ‘committed a heart attack,’ or ‘committed a stroke.’ Those people…that’s how they died. They died of a heart attack. They died of a stroke. They died because they lost a battle with a disease. If we say someone died by suicide, it’s the same. They died as the result of losing a battle with a mental health disease.”

I guess another thing that I think of is, often in the world we live in, people joke about suicide. They say something like ‘Oh my gosh, I missed the bus, or if I miss the bus, I might kill myself,’ as a joke. But when someone has experienced someone they care about dying by suicide, a comment like that can be activating. And I think suicide is still very private, so we don’t know who those people are. By saying or joking about suicide, we may be unintentionally making light of a very serious, personal public health issue. That’s what suicide is.”

Katie: “In addition to language that is associated with suicide, I hear people say things like ‘Oh, I’m so depressed,’ or ‘I’m bipolar,’ or ‘I’m so OCD,’ when they are talking about, maybe cleanliness habits. What about that kind of language, and is that something that should also be modified?”

Emily: “So, all those things you mentioned are formal clinical diagnoses. My recommendation would be to discuss the behavior, not name it. We don’t have to name something specifically by a diagnosis to still have kind of flavors of that, or threads of that, in our life.

Depression can be a lot of things to a lot of different people, and so really talking about how you are feeling and what you are experiencing rather than caring deeply about what we name it. So, ‘I’m sad.’ ‘I feel disconnected from my friends and family.’ ‘I feel like I want to isolate.’ Those all are signs of depression. That doesn’t mean that you are clinically depressed. What it means is that it’s a good time to reach out for support.

Katie: “What about people who say ‘People are just offended so easily these days,’ or ‘Everyone is so sensitive.’? How do we communicate or what do you communicate to those folks?”

Emily: “I’m not sure we ever know what people are going through unless they tell us, and so it’s very possible that because of the pandemic, because of the derecho, because of the world that we live in, the difficulty of a divisive political system – all the things that are contributing to challenges – that people are experiencing an increased level in sadness or in discomfort around uncertainty. And if we’re working toward living in a world that is stigma-free of mental health issues, then I think there is no reason to not encourage people to share what’s going on with them. It may mean that you’re uncomfortable, or someone else is uncomfortable if everyone feels sensitive around them. But the truth is there is a lot of difficulty in our world, and people have feelings and thoughts about that difficulty. If we give everyone the benefit of the doubt that we are just doing the best we can in the difficult world we live in, then I’m not sure that it matters how sensitive someone is or not. What we want is for people to get help when they need it.”

Katie: “You know, these conversations are hard. Sometimes people are concerned about saying the right thing to someone who is having a hard time or someone who is experiencing thoughts of suicide. What do you recommend as top tips or tricks for starting those hard conversations?”

I think the other piece of this is that it gives you freedom to not be perfect in the conversation, but encourages you to just be vocal and share your concerns. The most important part of that is that you’re providing the space for the conversation that feels safe, it feels free of judgment, and it encourages honesty. I would say that empathy is really important when you’re talking with someone about mental health. Put yourself in their shoes. Do your best to, you know, put some of your own thoughts away, and just really focus on what they are saying and figuring out the best way you can help them.

Often we want to know all the answers. We want to know what we can do to help, and we don’t always know. I think it’s important to remember that you don’t have to know all the answers about what the next steps are. If someone does say that they are experiencing suicidal thinking, the easiest place to begin is to call our crisis line with them and let us determine, let our experts determine, the level of risk, the best intervention, and what the next steps are.

We take a lot of what we call ‘third-party calls,’ where someone is calling concerned about someone else. They are wondering if what they are seeing or what they are experiencing is a sign of a mental health issue. They are wondering ‘Is it a serious issue? Has it reached the point of a crisis? What should I say or what shouldn’t I say?’ and our team has a lot of experience working through those types of situations to try to provide you with some really easy, good kind of ‘next steps’ to take, ways to have those conversations. And again, (it’s) a great place to start for anyone who is concerned about themselves, concerned about someone else, is to call our crisis line and reach out to an expert to just learn more information about what to do next.”

Katie: “Emily, thank you so much for joining us today and all of your great feedback and the tips and tricks.”

Emily: “This is important stuff and the more people who know about the importance of language and the ways that we talk about mental health, the better our community and our world will be. I really appreciate being here.”

Katie: “If you or someone you know is in need of mental health support, the Foundation 2 crisis line is always available. You can reach the line at 319-362-2174. We hope you will join us next time on When Life Gets Tough.”