During PRIDE Month, we hope you will learn more about the mental health risks members of the LGBTQ+ community often face – from higher risks of depression and anxiety, to an increased risk of death by suicide. Once you know more, you can help move the conversation forward.

It is important – both for those who are part of the LGBTQ+ community and those who are not – to recognize how the experience of sexual orientation and gender identity relates to mental health. 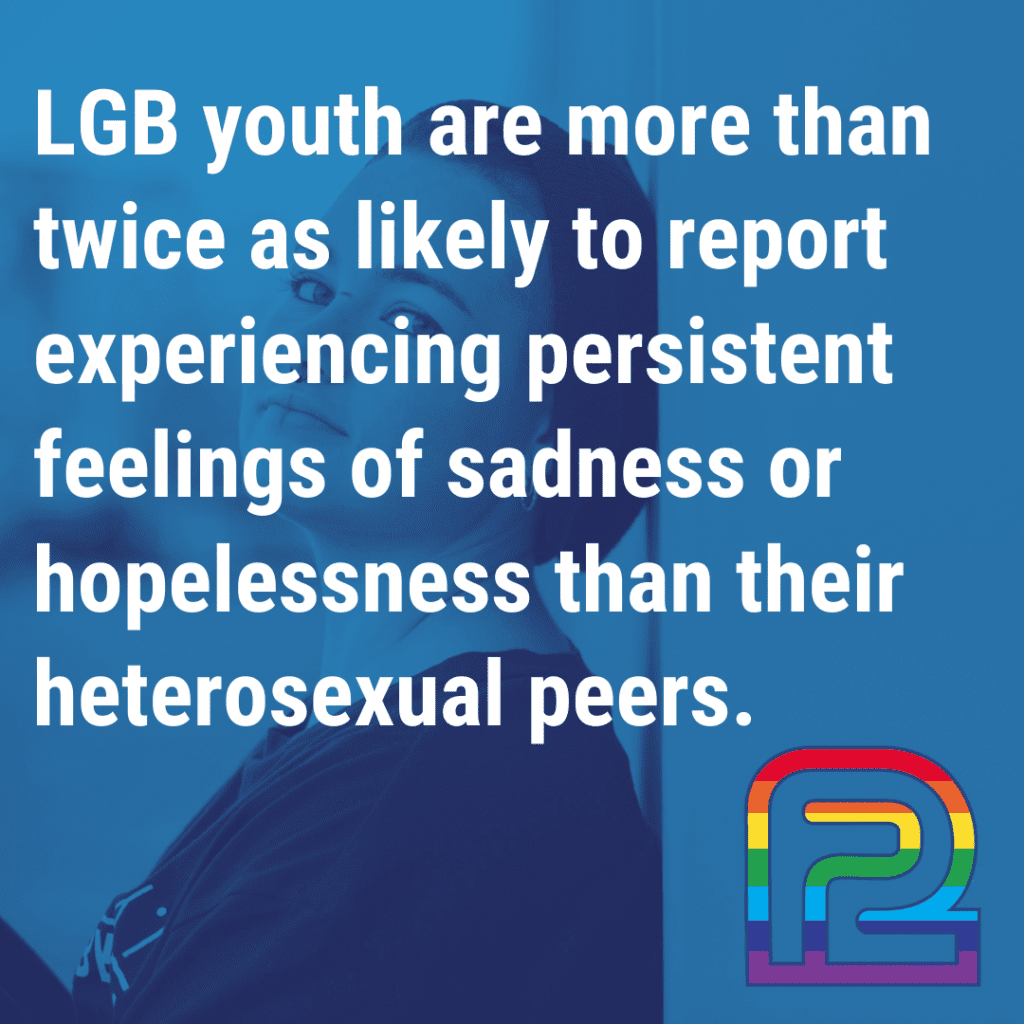 Evidence shows that members of the LGBTQ+ community are at a higher risk for experiencing mental health conditions, including depression and anxiety. Lesbian, gay and bisexual adults are more than twice as likely as heterosexual adults to experience a mental health condition. Transgender youth are twice as likely to experience depressive symptoms, seriously consider suicide, and attempt suicide compared to cisgender lesbian, gay, bisexual, queer and questioning youth, according to the National Alliance on Mental Health.

Many elements contribute to this increase.  Members of the LGBTQ+ community often experience prejudice, rejection, discrimination and harassment, all of which can cause or worsen or symptoms of mental illness. From NAMI, “According to a 2013 survey, 40% of LGBT adults have experienced rejection from a family member or a close friend. A 2019 school climate survey showed that 86% of LGBTQ youth reported being harassed or assaulted at school, which can significantly impact their mental health.” LGB adults are about twice as likely as heterosexual adults to experience a substance use disorder, and LGBTQ+ youth and young adults have a 120% higher risk of experiencing homelessness – both which can increase symptoms of mental illness and decrease access to care.

Many primary care providers are also not properly equipped to provide care for LGBTQ+ youth. According to a memo to the Department of Health and Human Services, “A majority of medical school curricula include no information about LGBT issues, and most public health school programs only mention population diversity in sexual orientation and gender identity when discussing HIV/ AIDS. This lack of training and awareness may cause care providers to misdiagnose or underestimate the extent of emerging disorders in the LGBT population.” 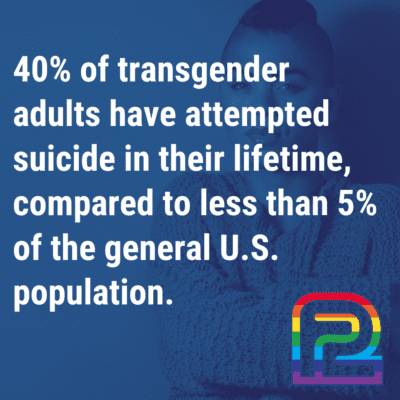 What can you do?

The first step to becoming an ally is to learn more – The Trevor Project is a robust, free resource for learning more about LGBTQ+ individuals and mental health.

Research has shown that stable support and acceptance by family and friends can significantly reduce the risk of depression or death by suicide for LGBTQ+ individuals. You can also advocate for individuals in your life or community who lack access to mental health services, housing, and other basic needs. Learn more here.

At Foundation 2 Crisis Services, we provide a 24/7, 365 youth shelter for individuals who do not have stable housing, including youth who identify as LGBTQ+. Our Fostering Futures program also provides support services for youth who have aged out of foster care; 34 percent of youth aging out of foster care report a sexual identity other than hetersexual.  Additionally, our 24/7, free, confidential crisis line is open to everyone, including for concerns about sexuality, gender identity, thoughts of suicide and more.

We hope you will take the opportunity to start learning more about how the experience of sexual orientation and gender identity relates to mental health during PRIDE Month, and continue your support for those in your life and your community. ❤️ 🧡💛💚💙💜