During Women’s History Month in March, we look at the history of attitudes and beliefs about women’s mental health and the influential female leaders who have made strides in mental health care.

Some of the earliest records of women’s mental health care date back to 1900 BC, when Egyptians attributed feelings of anxiety, depression or general unrest to “spontaneous uterus movement.” The cure for a “wandering womb” was to inhale pungent smells to return the uterus to its natural position. Later, solutions for mental illness attributed to a wandering womb included marriage or perpetual abstinence.

The concept that the uterus was responsible for women’s mental distress persisted until at least the 16th century, leading to centuries of harmful stereotypes and misinformation (ie. women are driven by their reproductive system or can’t be trusted to be knowledgeable about their own bodies). The term “hysteria,” later used for the first mental disorder attributed to women, stems from the Greek word “hystera,” which means uterus.

Between the 15th-18th centuries, mental illness in women was often attributed to witchcraft, especially in Europe and North America. Hysteria and epilepsy, in particular, were frequently confused with witchcraft or demonic possession, especially if they included tremors, convulsions or loss of consciousness.  Women were persecuted for witchcraft at much higher rates than men; modern scholars estimate approximately 40,000-50,000 women were executed for witchcraft in a span of a few hundred years.

Into the 20th Century

After reaching its height of popularity in the 19th century, “hysteria” began to lose popularity in the early 20th century as an umbrella term of female mental health conditions. However, the term, with its pseudo-science and “wandering womb” theories, was in the Diagnostic and Statistical Manual of Mental Disorders from 1968 to 1980.

Historical attitudes and perception toward women’s mental health care persists today. Women are more likely to wait longer for a health diagnosis and to be told it’s “all in their heads,” illustrated in a 2018 BBC article on gender bias in healthcare. Women also face addition risk factors for mental illness, including that they are:

While progress has been made since the inception of “hysteria,” there is still significant room for improvement in women’s mental health care. Learning about the past and how it continues to shape the present is important, as well as educating yourself on current issues and starting important conversations in your community.

We invite you to learn more: 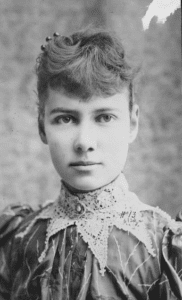 Bly, after hearing about horrible patient conditions at a New York State asylum, posed as “insane” to get admitted. She spent 10 days as a patient and write about her experiences for New York World. Her reporting helped spur lasting mental health reform to improve care standards and approaches. 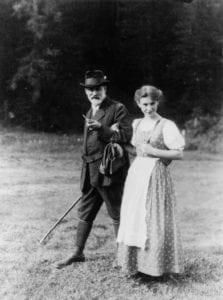 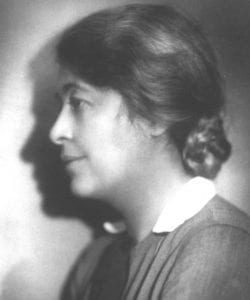 Hollingworth was an early advocate in the field of psychology. She researched women’s psychology, intelligence and gifted children. She was the first civil service psychologist in New York City.